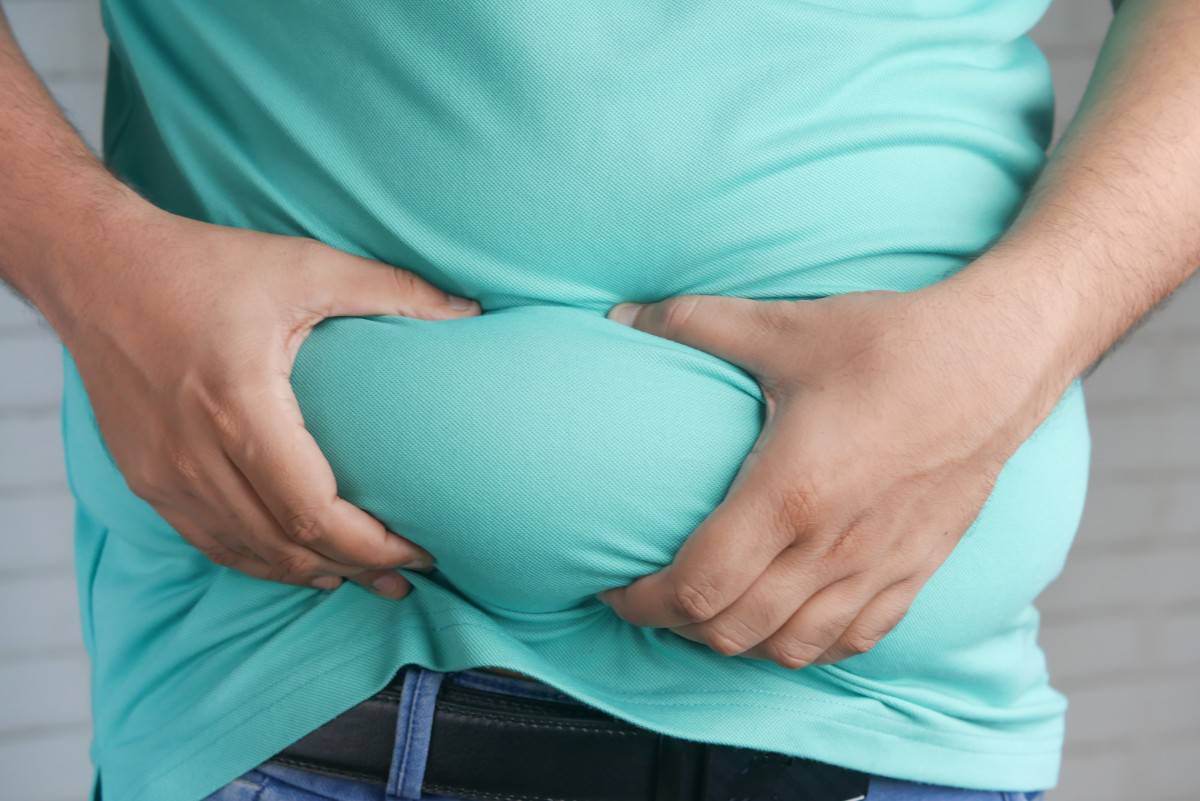 Since caffeine is a stimulant, in most cases, it causes bowel movements. But if excessive caffeine is consumed through coffee, it can severely dehydrate you, causing constipation.

Coffee is a beverage that most people enjoy every day. Of course, it has its benefit like caffeine which wakes you up, gets you out of bed, and provides you with an exhilarating jolt of energy. But have you ever noticed that when you have been drinking a ton of coffee, you’re also very constipated? Maybe these two things have a connection?

Well, they sure do.

Let’s dig in deeper and find out together what the connection may be, if there even is one.

Can Coffee Make You Constipated?

Caffeine can cause bowel movements as it is a stimulant. It is also possible to be dehydrated if excessive coffee is consumed, which can eventually lead to constipation.

Despite the fact that coffee is not a stimulant by itself, caffeine found naturally in coffee is. Increasing gut motility is a result of caffeine’s irritating effects on the digestive tract.

By accelerating contractions, it assists in moving the contents of the gastrointestinal tract forward and out of the body. Some people, however, can have issues with coffee and their stools. But a daily cup of coffee can also cause constipation. If you’re getting your exercise, fiber, and water intake in, and if you still experience constipation, coffee might be the cause.

How Can Coffee Cause Constipation?

Excessive coffee consumption can lead to dehydration very quickly. This overall dehydration can result in constipation. Plus, the added sugar and milk also play a part in making you constipated.

It’s well known that coffee stimulates your gut and encourages bowel movements. But for more caffeine-sensitive people, this may cause diarrhea, loose stools, and dehydration.

However, too much coffee can make you dehydrated. You should not consume more than three to four cups of 8-ounce tea a day, according to the Mayo Clinic. The amount of caffeine in this is approximately 400 mg. If you consume more than that, it will be considered overconsumption.

Plus, there is also a risk of you having a caffeine overdose. And the symptoms might include:

Along with having the above-mentioned symptoms, you’ll obviously be dehydrated. Why? Because caffeine is a diuretic. This means that it makes you pee more than usual, drawing out salts and water from your body. Therefore, as a result of dehydration, your large intestine will absorb as much water as it can from the waste you eat and drink, which will slow down the passage of your stool, creating hard, solidified, and very painful stools.

Another reason that coffee is making you constipated is by the ingredients that you add into it like dairy and sugar.

How To Avoid Constipation from Coffee?

Here’s how you can avoid constipation from coffee.

Limit your caffeine from coffee

Consume no more than two cups of coffee every day. Most people do not experience side effects from caffeine in amounts up to 400 milligrams. Depending on the coffee beans used and the brewing method, the amount of caffeine contained in coffee products can also vary.

There are approximately 95 to 200 milligrams of caffeine in an 8-ounce cup of coffee. Furthermore, caffeine is not limited only to coffee; you can get it from a variety of sources.

Below I’ve prepared a table of popular foods.

Cut Back The Sugars

Avoid sugars at all costs when it comes to your coffee. Excessive sugars in your coffee can also make you constipated. And if you add artificial sweeteners, they too are not recommended.

Studies reveal that these artificial sweeteners are hard for your stomach to digest therefore they cause constipation. Natural sweeteners like Stevia and even honey are your best bet if you’re having difficulty cutting back sugar completely.

Dairy Is Not Your friend

Though this might come as a surprise to you, dairy which is cow’s milk is also one of the leading causes of constipation. Because of the process it undergoes before it reaches the shelves, milk is considered to be a processed food.

In nearly all cases, milk is pasteurized to destroy bacteria found in milk. It also contains both antibiotics and hormones from the cows they come from.

So, what happens is that pasteurization also destroys valuable digestive enzymes, vitamins, and minerals that help us digest milk. Studies reveal and support this claim too that milk is one of the leading causes of constipation.

How Does Coffee Affect Bowel Movements?

The caffeine and chlorogenic acid from coffee make you have bowel movements. It increases the stomach acid thus making it churn. Also, it activates your colon by gastrin release and thus pushing the waste out.

Coffee is a great source of caffeine. And while you enjoy many benefits from caffeine, one thing that many people experience is bowel movements.

Usually, when they sip on their morning cuppa, immediately after, they have the urge to use the restroom. Though some might ignore it, usually coffee is the reason. Since coffee is the one to blame here when it comes to bowel movements. The caffeine in coffee and chlorogenic acids both stimulate your digestive tract in different ways.

You see caffeine by nature is a stimulant. Many studies show that as soon as caffeine enters your stomach it irritates the digestive tract and activates the contraction. Many studies have found that it can activate contractions in the colon and intestines.

During colon contractions, contents are pushed toward the rectum, the last segment of the digestive system. According to research, coffee increases the colon’s activity by 60%. Another study shows that caffeine is directly linked with increased gastrin levels which activate the colon, thus making you have bowel movements.

Is Coffee A Laxative?

A laxative is a thing that makes you poop easily and more frequently. Though research is still being gathered on the subject, coffee is considered to be a laxative in most cases.

Coffee is a very complex drink, to begin with. It has a lot of things going on at a single time. To name a few, it gives you an instant burst of energy to jump-start your day without feeling drowsy.

It also elevates your mood by making your brain release the happy juice called serotonin. So, is coffee a laxative?

Firstly, laxatives are chemicals used in medicine or found naturally in foods or drinks that help you go to the restroom more frequently without any discomfort. And coffee is considered to be a laxative.

Since coffee is responsible for bowel movements it is safe to say that coffee is a laxative.

In order for the colon to run at full speed, the digestion hormone gastrin is released. And when you drink coffee, more gastrin is released therefore causing bowel movements. You see, gastrin triggers a process known as peristalsis, in which muscles relax and contract in waves. This helps waste in the intestines move towards its final destination faster. Additionally, cholecystokinin triggers the secretion of digestive enzymes and bile, which regulate the body’s secretion process.

Hence, coffee is considered to be a laxative.

You can watch this informative video to learn more.

What Drinks Can Help You With Constipation?

The top three recommended drinks for helping with constipation are 3 juices which are prune juice, apple juice, and pear juice.

Constipation is a condition where you have difficulty having bowel movements and passing stool normally. Though there are many medications for its relief that a doctor can prescribe, juices are a natural and delicious remedy. Using juice as a home remedy can be convenient. Constipation can be relieved by most pasteurized juices. And drinking juices is a good and safe option for most ages including children and aged people.

There has been research that indicates that certain juices may help increase bowel movements. Juices such as these contain nonabsorbable carbohydrates named sorbitol.

So, the three that are most helpful when you have constipation naturally contain high fiber and sorbitol. Drinking half to one cup a day in the morning should do the trick without any hassle.

So the three juices are:

But keep in mind, that if you’re a diabetic, drinking these above-mentioned juices is not ideal as they contain fructose which is a form of sugar. So, ask your doctor before pursuing this natural remedy.

Constipation is a condition that can happen to anyone at any age. Though coffee is considered a stimulant it can be linked to giving you constipation.

The caffeine from the coffee is what makes it a stimulant. And this stimulant property causes bowel movement in most people. It releases plenty of gastrin which activates your colon. And for such reasons, coffee is also considered to be a laxative.

But if you have coffee excessively it can be the reason for constipation. Drinking plenty of water and juices are some home remedies that can help relieve you from this. But if you are a diabetic just be watchful because these juices contain sugar.