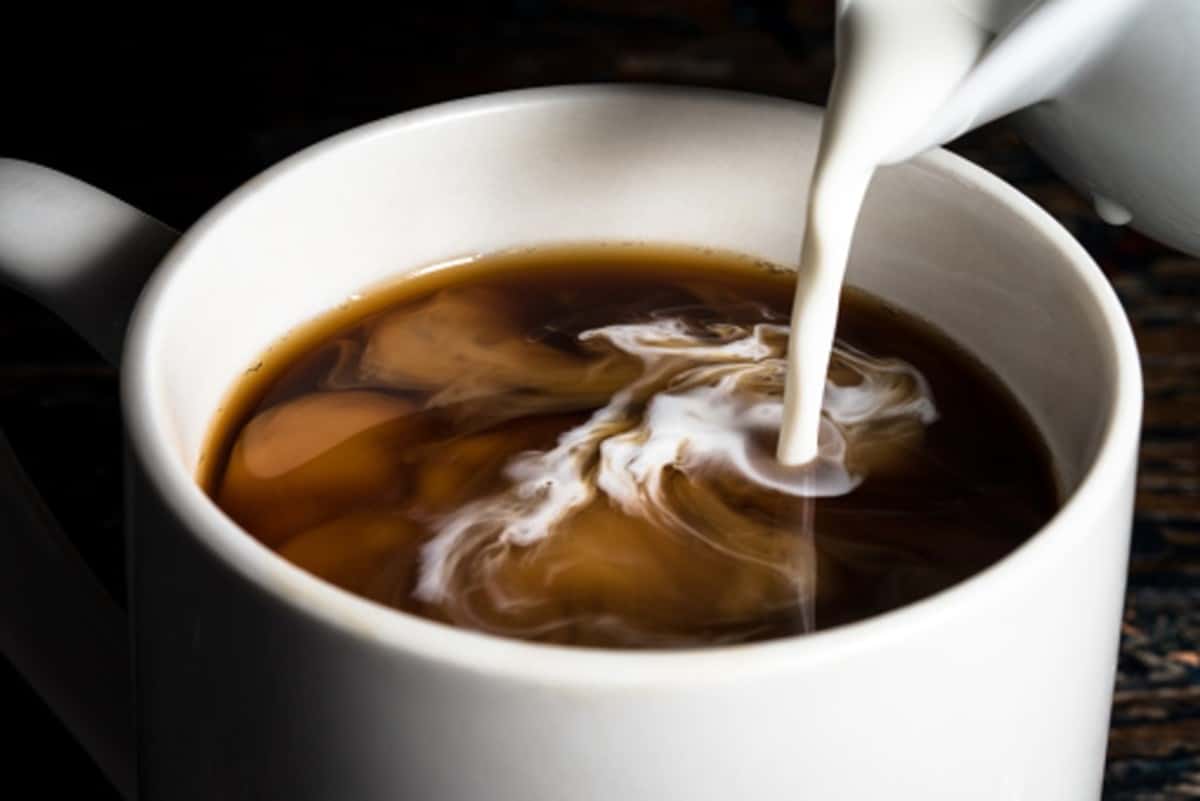 Coffee is probably the first thing that comes to mind when you think of half-and-half or creamer. This may cause you to mentally combine these two ingredients, but they are not the same thing.

Half-and-half is made by combining whole milk and heavy whipping cream in equal parts. Typically, half-and-half products do not contain any added flavors or sweeteners.

Aside from being a coffee staple, having a pint of half-and-half in your refrigerator can provide numerous benefits. To name a few applications, you can use half-and-half to make your ice cream, add a splash to fluffy scrambled eggs, or make your own Alfredo pasta sauce.

Now let’s look into how half-and-half makes a difference when added to coffee.

What Is Half and Half For Coffee?

Half-and-half is a blend of half whole milk and half light cream.

Tea has traditionally been served with milk because it contains far fewer dissolved solids and is thinner. However, many coffee drinkers find that half-and-half adds just the right body and richness to a strong cup of coffee.

You may come across a variant called “fat-free half-and-half,” which is perplexing given that half and half are made with milk and cream. Corn syrup and thickeners replace the milk fat in the fat-free version. This might not be a particularly healthy option for you.

The versatility of half-and-half is a significant advantage. It can be used in a much wider variety of products than coffee creamer. When you buy half and half, you can use it not only in your coffee but also in your meals and desserts.

Is Coffee Good With Half-and-Half?

Yes! If you’re looking to enhance the flavor of your coffee with fewer calories half and half it is.

Half-and-half may be the healthier option for an ingredient that can sweeten your favorite drinks.

It’s not only lower in calories than coffee creamer, but it is also less processed, has healthier fats, and is less likely to contain additives and added sugar.

What’s The Difference Between Coffee Creamer And Half-and-Half?

Creamer, is a dairy-free substitute for half-and-half, though many varieties contain casein, a milk protein.

Creamers are frequently stabilized with chemicals, and some are sweetened with corn syrup or have flavorings added, such as French vanilla, Irish cream, or hazelnut. That’s why it’s advised not to have it every day.

Despite its name, coffee creamer can be used in a variety of ways, including adding a splash to hot oatmeal or pancake batter for extra richness.

Half-and-half, also known as half cream, is the ideal combination of milk and cream. As the name implies, it is a blend of half whole milk and half light cream, making it richer than milk but lighter than cream, with a fat content of about 12%.

Let’s take a look at the nutritional content of Nestle Coffee-Mate Creamer and Dairy Pure Half-and-Half:

With this difference in their nutritional value, it has some other differences, lets’s keep a keen look at them:

Should I put Creamer or Half-and-Half In My Coffee?

It depends on one’s preference.

If you want something richer than milk but not as heavy as cream, half-and-half is the way to go. Because half-and-half contains more fat than milk, it can add richness to your coffee or other hot beverage.

Coffee creamer should be purchased by those who have a sweet tooth. I tried putting creamer in my coffee once and didn’t like it. And it wasn’t until I was doing research for this article that I realized why. Coffee creamer is high in refined sugar.

Even if you buy sugar-free creamer, you’ll get a substitute that tastes like sugar. Coffee creamer is only for those who enjoy a hint of sweetness on their tongue. To be honest, I am not among them, I like my coffee with mild and bold flavors.

Here is a video that shows the impact of drinking coffee creamer every day:

Does Half-And-Half Tastes Better Than Milk?

The flavor of half-and-half is similar to that of rich, creamy milk. It could be more flavorful than milk. It’s not sweet because there are no sweeteners in it, and, like cream, it’s rarely consumed on its own.

Should I Put Milk Or Half-and-Half In My Coffee?

In my opinion, one should put 1% milk in their coffee instead of half-and-half.

Note: 1 % milk is produced by removing fat from whole milk.

Half-and-half and 1 percent milk are both better options than non-dairy creamers. They contain more vitamins and minerals and are less processed. However, 1 percent milk is a better choice than half-and-half because it contains less saturated fat and cholesterol.

This should come as no surprise given that FNP, MyPlate, and the Dietary Guidelines all encourage us to choose low-fat or fat-free dairy products.

If you prefer the other options, make a gradual transition to 1 percent milk. You’ll get used to the flavor difference and soon enjoy your healthier coffee just as much as your current favorite.

Pros and Cons Of Half-and-Half

Half-and-Half is a dairy sugar-free creamer.

If you’re looking for a fat-free option half and half can comply with that it has fewer calories but a lot of vitamins and minerals.

Half and half give you a less sweet taste than creamer. While half and half can be used for enhancing the taste of pasta and other food products, creamers might be limited to coffee and hot drinks only.

The flavor however is richer than milk but not higher than creamer.

With this, now that you know how half and half can be beneficial for you why not give it a try and enjoy some coffee.

My top picks for the best coffee machines for Macchiato are Ninja CM401, the Nespresso coffee maker, and the 6 in 1 coffee maker. These machines are the absolute best and can provide you with...