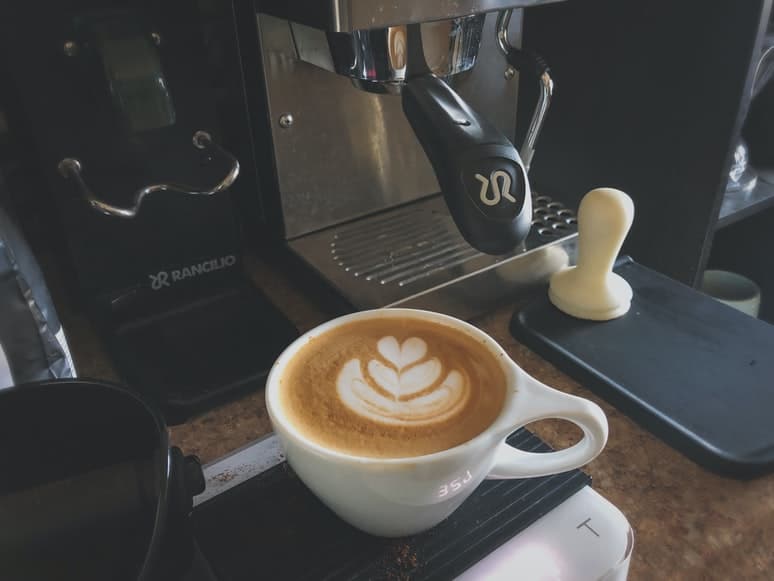 Piccolo Latte is an Australian specialty coffee. In a ristretto shot, a small amount of steamed milk with microfoam is added. And that’s it.

You must be familiar by now that coffee is consumed all over the world. Like the espresso comes from Italy and Americanos is an American coffee, similarily Piccolo Latte is an Australian coffee.

But what is it?

In this article, we’ll get to know everything about this delicious coffee so next time you see it on the menu, you’ll know exactly what it is and if you want to try it or pass on it.

What Is A Piccolo Latte?

A piccolo latte is a single shot of ristretto with steamed milk and microfoam. This makes for a creamy and coffee-heavy latte.

Coffee is not as straightforward as it might seem. A lot of things add to its flavors and types. Each change made to any element related to coffee makes for a different brew each time. But we want to know about piccolo latte.

Piccolo latte is also called piccolo or piccolo coffee. And piccolo is very similar to cortado but yet very different, So, basically, the piccolo is made from a ristretto shot and steamed milk, that’s it.

In the demitasse cup, 15 to 20 ml of ristretto shot is added which is freshly brewed. A ristretto shot is a stronger and more concentrated version of espresso without the unnecessary bitterness. It has a thicker crema and is pulled out in half the time of an espresso. Plus, the amount of coffee grounds is the same as an espresso but the amount of water used is half of what is used for espresso.

You see, in the ristretto shot, steamed milk is added and is topped with milk’s microfoam. This enhances the strong and robust flavors of the coffee while adding hints of sweetness and creaminess. Fun fact, in Italian the word “piccolo” means small. So, a piccolo latte would translate into a small latte.

This video also lets you know about what piccolo latte is. So, if you’d like, you can watch it too.

Where Did Piccolo Latte Originate?

Piccolo latte was made in Sydney, Australia to be precise. The roasters and baristas wanted to taste their brews with milk. So, by adding little milk to ristretto they could taste test it back-to-back while omitting the side effects of dairy.

Unlike tea or any other drink on this planet, coffee’s aroma and taste profile all depend upon many external factors. The origin of the beans, the roasting temperature, the brewing method and so much more. And the coffee roasters and baristas have to make sure that they are consistent in making the perfect cup of coffee every single time.

So, the best way to do that is by checking and taste testing each batch. And Aussie baristas and roasters decided to taste test their batches by making ristretto shots and then adding a little bit of milk. The addition of a small amount of milk not only balances out the strong bold coffee flavors but enhances the aroma and taste too.

This way they also omit the side effect of drinking too much dairy every day. Did you know excessive dairy is not that ideal for your body?

Studies reveal that overconsumption of dairy can cause ovarian cancer, breast cancer, and even prostate cancer.

Therefore, this invention of a small latte with less milk is ideal for taste testing on a regular basis by the Aussies.

Is Piccolo And Cortado The Same Thing?

Piccolo and Cortado both use ristretto shots but have differences in ristretto and steamed milk ratios.

Almost every coffee drink is based on ristretto or espresso. Your Frappuccino and lattes that you get at your local coffee shop or even at Starbucks have espresso or ristretto shots and then the steamed milk and other ingredients are added. But does this mean that all coffee tastes the same?

It’s quite evident that it doesn’t. Even though the ingredients are the same and even the starting process is the same, two cups of coffee still don’t taste the same. The secret of making them different lies in the ratios and amounts of each ingredient.

When we make a piccolo latte a single shot of ristretto which is about 15 to 20 ml is added to 80 to 90 ml oz steamed milk in a demitasse cup. This is then topped with micro milk foam making it around 100 ml or less than 100 ml coffee drink. And Cortado is a double shot of ristretto in which about 60 ml is added into a cup. Then, the same amount of steamed milk is added and topped with micro milk foam.

So, below I have made a table comparing the two with their respective nutritional content.

How Do You Make A Piccolo Latte?

In a cup, a freshly brewed ristretto shot is added. Then steamed milk is added and topped with micro milk foam. Voila!

Most people love to grab their daily caffeine fix from their nearest coffee shop like Starbucks. This is due to many reasons. But one such reason is lack of time. I mean, who has the energy to make a steaming hot fresh brew just for waking up, especially in winters? Well, whether this applies to you or not, sometimes making your own coffee by yourself rather than grabbing it from elsewhere is a treat.

How To Make Piccolo Latte

Here is what you need to get started:

Piccolo latte or piccolo coffee is a strong coffee. It was meant to enhance the flavors of robust coffee therefore, it is a strong yet small latte.

If you haven’t really had piccolo coffee before, you might think this is a weak cup of coffee due to the ristretto shot which is on the sweeter side when compared to an espresso. But that’s not the case. Ristretto is the shorter pull of coffee than espresso. It’s made using less water and more coffee. Therefore, it’s an even more concentrated and stronger form of espresso. The good thing is that it doesn’t contain any bitterness that is usually accompanied by espresso.

When Australian roasters and baristas invented piccolo, it was meant to help them taste test each batch of coffee and mixes with dairy, so they could know more about it and hopefully evolve it or make it better. Therefore, the most predominant flavor is coffee and not milk. Plus, only a tad bit of milk goes into this petite latte.  And this only helps the coffee flavor come through more. Therefore, the piccolo latte is strong and definitely not weak.

So, What Do I Think?

With coffee gaining popularity more and more, many different variations spread across the globe. Some sweet and some strong, each region has its own way of enjoying coffee. One such is Piccolo coffee.

Piccolo was not invented for enjoyment purposes. In Sydney about 10 years ago this type of coffee gained popularity.

The Aussie baristas and roasters invented this coffee in order to taste their mixes with dairy and eliminate the side effects of drinking excessive dairy. Though this coffee is small in size, it’s a strong cuppa. Do give it a try if you get a chance to do so.