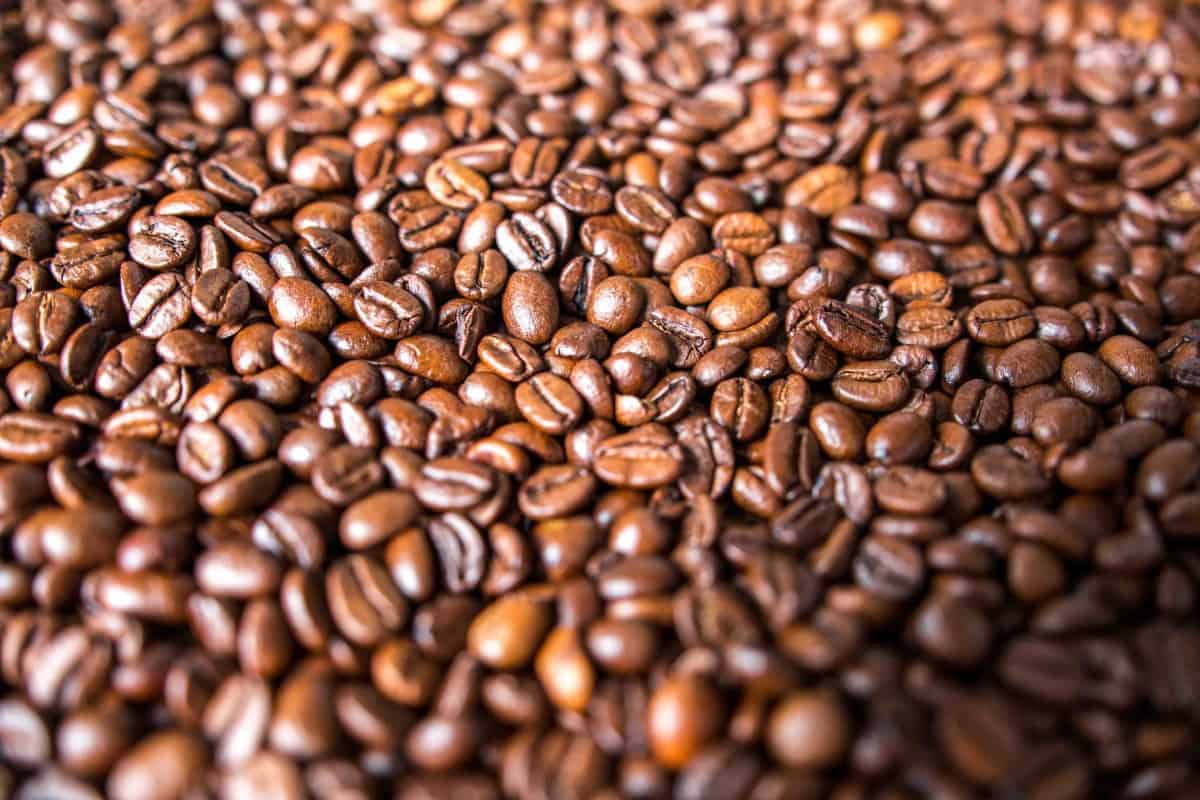 Every day, millions of people drink coffee around the world. Coffee can be brewed in many different ways, resulting in a variety of delicious variations. But where can you find the best cup of coffee? In America, perhaps? Maybe the Starbucks Frappe that everyone loves?

After tasting so many different types of coffee by coffee experts, one thing is very clear, Ethiopia produces some of the best coffees in the world.

Therefore, the purpose of this article is to give you a breakdown of the best coffee in the world.

Where Did Coffee Originally Come From?

Although the history of coffee is kind of hazy and where it originally came from is still quite debated, most people would say coffee originally came from Ethiopia where a goat-herder named Kaldi noticed the effects of a certain berry on one of his goats who ate it as compared to those who didn’t.

Coffee is among the most popular beverage around the world. But where did it all begin?

Most sources say it is originally from Ethiopia. Apparently, Kaldi discovered coffee after noticing how energetic his goats became after eating the berries of a certain tree. Having learned of Kaldi’s discovery, the abbot of the local monastery made a beverage from the berries and discovered that it kept him awake through the long hours of evening prayers.

As word of the energizing berries spread throughout the monastery, the abbot told the other monks. During the Middle Ages, communication spread from east to west, and coffee began its journey to the western world.

Arabian Peninsula was the first place where coffee was grown and traded. Then, coffee began flourishing in Yemen during the early 15th century, and in Turkey, Persia, Egypt, and Syria by the early 16th century. Later, travelers from Europe returned with tales of an unusual black drink that had gained great popularity in the Arabian Peninsula.

The 17th century saw the introduction of coffee to Europe, where the drink was replacing tea, wine, and beer at a rapid speed. The quality of their work significantly improved for those who drank coffee instead of alcohol in the early morning. The number of coffee houses in London peaked at over 300 by the mid-17th century, many of which attracted brokers, merchants, artists, and shippers.

But then how did coffee come to America?

Amsterdam’s mayor presented King Louis XIV of France with a young coffee plant in 1714. Paris’s Royal Botanical Garden received it as a gift from the King. Then a young naval officer took a seedling and traveled with it to Martinique from where it was brought to the continents of America.

The seeds of coffee were transported to new lands by missionaries, traders, and colonists, and coffee trees were planted all over the world. Tropical forests and rugged mountainous regions were used to establish coffee plantations. The plantations flourished in some places and failed in others. Coffee became the economic backbone of new nations.

What Country Has The Best Coffee?

There is no right or wrong answer to this because there are no records. But among the countries that participated in the Cup of Excellence and are according to SCA Standards, Costa Rica is the one that wins the most from 2018 to 2021.

Finding high-quality and great-tasting coffee can be challenging at times. To ensure sustainable and high-quality coffees, you should find a reputable coffee roaster that sources coffees from sustainable sources.

Roasters who are passionate about their work put each and every coffee they purchase through rigorous testing before offering it to their customer base. The pre-ship sampling of the coffee (before it leaves the country of origin) and the post-ship sampling once it arrives in the country of import are necessary steps that they perform.

So, how can you know which coffee is high-quality?

The factors that can help determine which coffee is high-quality and therefore the best tasting are:

The characteristics of each single-origin coffee are affected by its varietal. It’s a term used to describe a wine that comes from or is made from a particular variety of grapes.

A coffee varietal also affects its taste profile, similar to how grapes affect the wine. It is used in place of the term variety or cultivar by the coffee industry for coffees of a particular variety (e.g. Bourbon coffee).

You will discover that you may have a favorite flavor profile among certain processes, even though great coffee can come from any type of process.

An accolade or award won by a coffee before it is released in the market may validate its quality. In competitions such as the Cup of Excellence, each coffee entered is evaluated, cupped, and scored upward of 120 times.

This extreme level of quality verification sets the Cup of Excellence competitions apart and provides roasters and consumers assurance around quality. This factor indicates the quality of coffee.

Coffees leaving the farm and arriving at the country of sale are referred to as post-processing. A good shipping program with hermetically sealed bags is the cornerstone of any post-processing preparation.

The bags add an extra layer underneath coffee’s traditional burlap sacks, keeping moisture, mold, and odors away. With the additional layer, coffee will retain its freshness and quality longer than coffee that arrives solely in a burlap sack.

Now let’s talk about Cup Of Excellence and SCA Standards.

There is no competition or auction that can compare with the Cup of Excellence for high-quality coffee. Cup of Excellence coffees are subjected to the highest level of scrutiny among specialty coffees. The winning coffees are sold in global online auctions at premium prices with the vast majority of auction proceeds going to the farmers.

Since 1983, the Cup of Excellence competition has proven the value of winning coffees through integrity and transparency.

A unique number is assigned to each sample in the competition process, and the jury members are blindfolded. Also, winning lots are tracked through the entire process, enabling them to be traceable to a specific farm and micro-lot.

And when it comes to Specialty Coffee Association (SCA), they have divided the coffee grades in two. One is specialty grade and the other is commodity grade. Specialty coffee is popular in some countries, and commodity coffee is popular in others. The fact that some countries are known for commodities or specialty coffees does not necessarily mean that their coffee quality is low.

With that being said, the data from 2018 to 2021 is collected from the Cup Of Excellence is down below, and according to that, Costa Rica has the most points over the course of these years.

What Country Sells The Most Coffee?

There are many countries that sell coffees like Indonesia, Ethiopia, El Salvador, etc. But Brazil is the one that is ruling the market. According to the International Coffee Organization, Brazil sells the most coffee in the world. This is because Brazil is the world’s largest coffee producer and it has taken over the world’s coffee market as a result. It is the largest coffee exporter in the world with 6.7 million acres of coffee plants spread throughout the land.

What Country Buys The Most Coffee?

Finland is the country that buys the most coffee in the world. The consumption rate per person is very high with 26.45 pounds per capita. They literally have two breaks designated only for coffee, only at workplaces though.

America is quite famous for coffee. I mean, almost everybody has their Starbucks cups in their hands when they enter their offices, right? But, when it comes to buying the most coffee, America doesn’t even come close to this country.

Finland is the one that drinks the most coffee. One thing is certain: Finnish coffee culture isn’t going anywhere anytime soon, despite varying influences such as Lutheran work ethics, Swedish rule, and prohibitions against the drink.

Best Coffee in the World

There are a lot of types of coffees out there, but one that is considered to be among the best is the Tanzania peaberry coffee. It is known as a specialty coffee exported from Tanzania and is popular for its taste and flavor profile.

Unlike the regular coffee bean, peaberry coffee flavors are more intense. Of course, this would mean that the coffee is more acidic, but there are ways to lessen a coffee’s acidity (which is a topic for another day).

Tanzania peaberry coffee carries a mixture of floral and fruity notes, along with hints of chocolate. It has 1.4% caffeine content but is more so sweet than it is bitter.

The price tag on Tanzania peaberry coffee might be a bit hefty though, considering how sought out and rare it is, but if you’re really into different coffee or are simply just curious, spending a couple of bucks might just be worth it.

Have a look at this video about Tanzania peaberry coffee to know more:

Cup of Excellence scores points to Costa Rica as being the best coffee-producing country, however, Brazil sells the most coffee with 63.4 million 60 kg bags sold in just one year. When it comes to coffee consumption, Finland takes the cake.

Coffee is produced, sold, and consumed globally in large amounts. You could even say the world runs on caffeine with how much everyone is drinking cups of coffee. With that said, there are countries that sell coffee more than others and there are countries whose coffee beats everyone out in terms of quality and taste.

Brazil runs the market, but Costa Rica’s coffee is considered top quality. Tanzania peaberry coffee also dips its toes on the best coffees to consider with its rare type and complex flavor profiles. On the other hand, Finland is just vibing with their 26.45 pounds of coffee.

In the end, there’s no telling which country sits on the throne hailed by coffee enthusiasts as things change and different coffee types get discovered every now and then.